When you work on the frontier of what is possible with ad software, there are times when your platform is put to the test. Last week, this happened to our team of developers, and we had a week to turn a challenge into a solution.

A big client sent us one of the largest Data Feeds that we have come across – with more than 1 billion items. It was so big, the methodology we had always relied on to process these files was no longer quick enough. We set up an Automation Hackathon with Google’s Developers to re-wire how Spaceboost interacts with the Google Ads API. We had a week. The results were epic.

We’re used to creating campaign structures that include millions of ads in a matter of minutes via dynamic data feeds that integrate a client’s business information to our PPC Management platform. But this was something else. A product catalog so big, and with a need for such complexity, that we had a challenge to surmount. This is the story of how the Automation Hackathon came about.

The client is in the online holiday booking vertical, with an extreme level of complexity in how their products vary and update over time. So far, so good. They had 32 different accounts, one for each country they were advertising in. We had set up data feeds for a few of their accounts, and as usual, once these were established and had tested well, we started to scale these structures, and create new ones in the new markets. And then there was the China feed.

We live by our values: the user comes first!

This account had items that, following our methodology, we would turn into nearly 1,000 ad campaigns – that’s one for each of the holiday destinations in the country – with 500 thousand ad groups, 500 thousand Keywords, and well over a billion ads.

The structure was segmented by city, by specific touristic destinations, with each destination is an ad group, and combinations of ads for all the different types of trip – safari, museums, guided city tours, etc. – all of it with personalized ads for each individual item.

It was a big challenge. The reason we used to upload as a single file was to make sure Google could recognize the links between existing campaigns and the new ad groups, keywords, and ads we were uploading. Instead we had to create files for each of the campaigns, and upload them in parallel, while also transmitting this information about existing campaigns.

“The challenge with this feed was that the file was much too big for Google’s API to process at once. Of course – it’s over a billion lines of information. By the time Google had processed it, all we had was a timeout error. We took it as an opportunity to improve.”

Some of Spaceboost’s Product Team working towards a solution.

The impact that this change had on the infrastructure was incredible. Instead of several hours – which is what it took to upload the file when we first tried – we managed to do it in under 1 minute. And now, with the new process, we have saved a significant amount of time for other users with large files!

“The level of collaboration that we were able to have with the Google Developers team was amazing to see. Their commitment is a great sign we’re on the right track to reaching our goal – resilient AI adtech for each and every client who wants to get more out of Google Ads.” 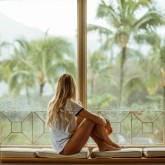 WE WON A EUROPEAN SEARCH AWARD! 🏆🏆🏆