How to Set up Google Adwords Campaign Experiments ✅ | Spaceboost Blog

How to Set up Google Adwords Campaign Experiments

Want to improve your PPC performance without risking the performance of your top campaigns? There is no such thing as the perfect PPC marketing campaign, in fact, you should be constantly testing new ideas on all your campaigns regardless of their performance; discovering that a given change can improve your top campaigns will bring the highest impact on the results of your account. That’s where Google Adwords Campaign Experiments (formerly Google Ads) fit in.

Nobody wants to take a false step adjusting a setting or changing a landing page. Often it’s easier to tinker with underperforming campaigns that won’t seriously affect the overall results of your account and not touch what seems to be working. However, this fear of testing new ideas could be exactly what’s holding you back from taking your campaign performance to the next level. In this article you will learn you how to set up an experiment in Google Ads in the Drafts & Experiments section. After reading it, you will be ready to trial the changes that have the potential to skyrocket the performance of your campaigns.

How to create a Google experiment

A Draft is essentially a copy of the specific campaign that you want to test. When creating a draft, you will have to choose an original campaign that Google will replicate for you to make the changes you wish to test this new version, not to your precious top campaign. So, you will be making all your modifications in a completely controlled environment where there is no risk of negatively affecting your original campaign. The following are some examples of changes you might want to try on the “mirror campaign” that Adwords will create for you:

*Do NOT try to test landing page performance in this section. A/B Testing Adwords landing pages should be done with a 50% split between each URL, which Adwords cannot guarantee. For this purpose you can use Google Optimize or other third-party providers.

It’s a risk-free testing ground which allows you to open up, experiment, and take advantage of all the data that is available to everyone using Online Paid Media to grow their business today.

This section is specifically created for you to create ad variations and test ad copies within your campaigns. You can add any variations in your ads’ headlines, descriptions, paths, final URLs, or final mobile URLs. The process is very similar to that of “find and replace” in Microsoft Word or Google Docs – just search for the item that you want to modify (ad text, URL, etc.) and then replace it with your new alternative. To avoid changing parts of words, Google provides the option to check the box: “Match whole words only”, which should solve this problem.

First, go to the Experiments section and create a new one. You will have to choose a Draft, and by doing so you will also select the campaign that you will compare it to (since this draft was created over an original campaign that will serve as a base for the test). Next, give a name to your experiment and a description if you want. Then, you can decide between two split options:

Choose the Split type according to the type of your PPC campaigns.

You must be asking yourself, which is best? Well, as in many cases, it depends. The following are some of the most common problems you might encounter when with each split option:

You’re almost set! Just two fast, but important steps on your way. Now, you need to decide how much of your original campaign’s budget you will give to your “mirror campaign”. We recommend to split the budget of the original campaign to 50%, as having the same budget will make the experiment more reliable. If you set a different split, say 30% and 70%, after the experiment is done you might worry about the effect that this budget allocation had in the performance of your experiment.

Finally, set the start and end date of the experiment, which will depend on how fast your campaigns are able to gather traffic. From personal experience, I would recommend running the experiment for at least one month, as it should be enough for the majority of your experiments to garner statistically significant results. 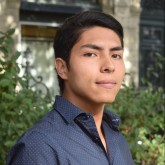 What Are Negative Keywords? (and How to Use Them in 2019)

How to Win at PPC for Holiday Companies