Spaceboost has received four nominations for the prestigious Google Premier Partners Awards EMEA 2018, the global standard for the year in digital innovation across the globe.

After a record-breaking year in which our technology platform has driven game-changing results across the board, we have now been nominated in an unprecedented 4 categories, and will travel to the Google Partners Awards ceremony summit in Dublin on 15-17 October with high expectations.

“These nominations matter. They are not only a recognition of the hard work we have performed throughout the year delivering serious growth to our clients, but also that we are innovating in the way advertisers are creating value from their campaigns.”

Spaceboost is the world’s leading PPC advertising automation platform, providing advertisers across the world with affordable state-of-the-art technology to achieve the scientific optimisation of their investment in digital advertising on Google, Bing, and Amazon Ads. This year, we hit €50m of managed investment and were admitted into Google’s exclusive Channel Sales programme.

And, as though our four nominations weren’t enough, several agencies who use Spaceboost’s PPC automation technology to drive intelligent growth for their clients, including the agency with the most nominations in EMEA, RocketROI, will also be present in Dublin in October.

“Of course we’re delighted with our nominations, but more important than our own success, we are extremely proud today that our partners have accumulated over 10 nominations on the shortlist.” 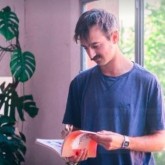