Last night in Dublin was a momentous occasion for Spaceboost. At the Google Premier Partner Awards ceremony for EMEA 2018 – the gathering of the best of the best in online advertising from the past year – our PPC Automation technology platform was the centre of attention.

Spaceboost’s PPC Automation technology was used in over 10 case studies that received nominations for the prestigious awards, one of which – RocketROI – was awarded as the most innovative agency in all of EMEA in Mobile Innovation. Spaceboost itself was directly nominated for awards in Display Innovation, Video Innovation, Shopping Innovation, and Growing Businesses Online.

To reach the awards ceremony with so many nominations was an achievement in itself; the Google Premier Partner Awards is the cream of the crop. They are only available to Google Premier Partners in EMEA who consistently complete Google’s requirements in terms of certification, ad spend, and performance.

Of these leading agencies, the shortlist was handpicked by independent judges, Deloitte, who whittled down some 2,000 eligible candidates to some 100 the most innovative, high-performing, and successful elite of digital marketing companies from all over EMEA.

“This was a great night for Spaceboost. It was a recognition of all our hard work, a ringing endorsement of our technology and methodology and – we hope – the first of many more Spaceboost-driven awards to come.” 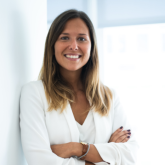